The proceeded with heightening of brutality and vandalism in poor suburbs crosswise over France and the disposition set by a surprising thunder storm here in Ottawa have headed me to return to the issue I raised about a year back in this very space: France's confused methodology towards incorporating its ethnic and religious minorities into French society.

I ought to note ahead of time that those companions of mine who have existed or are as of now living there would likely be in a superior position than I to condemn the issue, yet by and by these are the considerations that now mind in the course of the most recent two weeks while following the universal media's elucidation of the story (Globe and Mail, IHT, Le Monde). 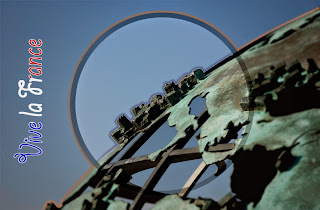 As uproars spread from suburb to suburb and into the heart of Paris itself, the French organization is left scratching its head. Having neglected to proactively incorporate its generally Arabic minorities into French society, M Chirac and his compatriates have been run into a corner with few other arrangement alternatives available to them than harm control, ie. mass captures, examination and twist.

The philosophy behind the law that produced results a year ago banning religious images from state funded schools has at long last figured out how to deliver its unintended yet, from my point of view, expected outcomes. Endeavors, for example, these to advance balance and securalism in France have just distanced the individuals who have been compelled to comply with those requests. At the point when systemic and long-standing monetary estrangement is figured into the comparison - the a huge number of migrants, a considerable lot of them from the Muslim world, who face separation in their endeavors to secure average work opportunities - it gets to be clear that it was simply an issue of time before things would grow into what has transpired throughout the most recent ten days. The youngsters murdered while supposedly escaping the police were the impetus, yet the disappointment to perceive the new face of France was the reason.

Numerous will contend that French solidarity supercedes differences, and subsequently that the individuals who are unwilling to fit in with French standards ought not be existing there in any case. The truth is, on the other hand, that in a Schengen Europe (open outskirts between EU nations allowing work to stream openly between them) so near north Africa and packed with settlers looking for financial security and more prominent flexibilities, such a methodology is counterproductive, best case scenario and xenophobic in its most exceedingly terrible indications.

Not the slightest bit am I overlooking the daily mass obliteration of property being completed by disillusioned and disappointed youth. Yet in the event that France isn't ready to make more open doors for the current pools of unemployed or underemployed migrant work to discover average work, or to perceive and support the religious pluralism that would be much more evident without backward laws, then actually, things will just deteriorate.
Posted by Kelly Edward at 05:39 No comments:


The pun, also called paronomasia, is a form of word play which suggests two or more meanings, by exploiting multiple meanings of words, or of similar-sounding words, for an intended humorous or rhetorical effect. These ambiguities can arise from the intentional use and abuse of homophonic, homographic, metonymic, or metaphorical language. A pun differs from a malapropism in that a malapropism uses an incorrect expression that alludes to another expression, but a pun uses a correct expression that alludes to another expression.

Henri Bergson defined a pun as a sentence or utterance in which "two different sets of ideas are expressed, and we are confronted with only one series of words". Puns may be regarded as in-jokes or idiomatic constructions, given that their usage and meaning are entirely local to a particular language and its culture. For example, camping is intense. Puns are used to create humor and sometimes require a large vocabulary to understand. Puns have long been used by comedy writers, such as William Shakespeare, Oscar Wilde, and George Carlin. The Roman playwright Plautus is famous for his tendency to make up and change the meaning of words to create puns in Latin.
Posted by Kelly Edward at 04:22 No comments:


Arundo is a genus of two or three species of cane: stout, perennial grasses from the family Poaceae, native to the Mediterranean region east to India, China and Japan. They grow to 3–6 m tall, occasionally to 10 m, with leaves 30–60 cm long and 3–6 cm broad.

Posted by Kelly Edward at 05:46 No comments:

Ode to a Friend

Ode to a Friend
I'm missing an old friend of mine, a faithful companion who has stayed with me through the good times and the bad. She has provided enlightenment in times of need; humour in times of sadness; a sense of place when the concept of 'home' was fading away.

I woke up to her foreign, then insatiably domestic musings on many dark, early mornings, only to return home late at night to hear her tell me about how the day transpired. We have conversed in silence during the making of countless meals (though I did most of the listening). I have been her pupil, her fan and her friend.

She's both effusive and mundane; diverse and consistent; youthful and wise. She's a member of my family, just as I am a member of hers.

Posted by Kelly Edward at 00:53 No comments: